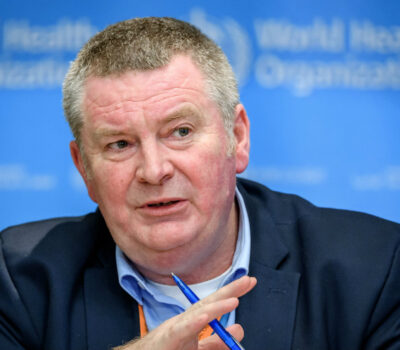 Michael Ryan, director of emergencies at World Health Organization, linked increased transmission rates in the northern hemisphere with the inability to quarantine people exposed to the virus.

He said that if he had one wish, it would be “every contact of a confirmed case is in quarantine for the appropriate period.”

“I do not believe that has occurred systematically, anywhere,” Ryan said, adding it was “a good part of the reason why we’re seeing such high numbers.”

Ryan said that almost half of the 48 countries in the UN health agency’s European region faced with an increase in cases of about 50% last week, and hospitalization and death rates are beginning to follow these increases.

Some moderate good news is that the average age of patients is now much younger, treatment has improved, and those infected may have been exposed to lower doses of the virus due to physical distance and wearing a mask.

The World Health Organization says 42 potential vaccines are currently being tested in humans, with 10 of them reaching the third and final stage. 156 more are being studied for human tests in laboratories.

But while one or two trials could report data by the end of the year, most will begin doing so in early 2021, said Soumya Swaminathan, WHO’s chief scientist.