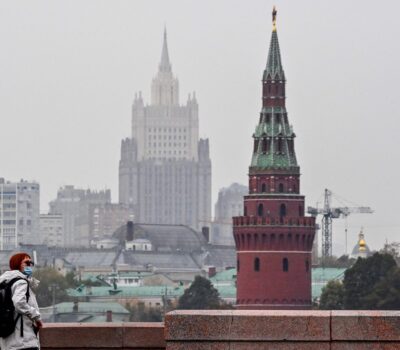 In the country, with the death of 320 people caused by the virus, the “highest number of daily deaths” was seen, thus the total number of deaths was 26 thousand 589.

While the daily increase in the number of cases across the country was 1.1 percent, 26.4 percent of new cases had no symptoms.

In the statement made by the Russian Service for the Protection of Human Health and Consumer Rights (Rospotrebnadzor), it was stated that 58 million 200 Covid-19 tests have been carried out in the country so far.

In the statement, it was reported that it was decided to re-tighten the measures against Covid-19.

As per the decision, it will be mandatory to use masks in public areas, public transportation vehicles, taxis, car parks and elevators from tomorrow.

In addition, entertainment venues, restaurants, bars and cafes were prohibited from operating between 23.00-6.00.

It was stated that regional administrations should take additional measures to protect citizens over the age of 65 and in the risk group, and it was stated that disinfection efforts should be increased in places where the public is concentrated.

In Russia, the first Covid-19 cases were detected on January 31, and the first virus-related death was recorded on March 19.

In the country, with the virus detected in 17 thousand 347 people yesterday, the “highest daily number of cases” was seen, and 317 people died on October 21 due to Covid-19.

In Russia, the new academic year started on September 1, and there was no requirement for masks and social distance in schools.