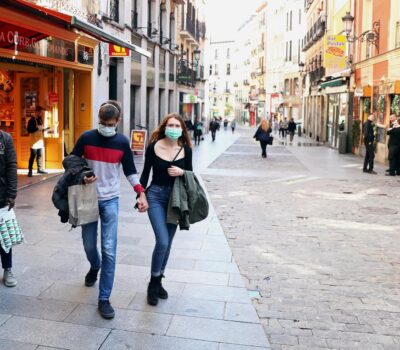 The Spanish Assembly extended the state of emergency, which was declared by the left coalition government as a precaution to the high case increases in the new type of coronavirus (Covid-19) epidemic, until May 9.

In addition, an additional decision was made for Prime Minister Pedro Sanchez to inform the assembly about the developments related to Covid-19 in the general assembly every two months.

Speaking ahead of the vote, Health Minister Salvador Illa said, “Time is not the time to ease the measures. We have much more difficult months ahead.” said.

“A state of emergency is necessary because we are facing a very worrying situation.” İlla said, and stated that he awaited them in a long winter different from previous years.

The right-wing People’s Party (PP), which abstained from the voting, and the far-right Vox Party, which voted “no”, harshly criticized the government for its management of the Covid-19 outbreak.

While the state of emergency was valid for a maximum of 15 days in Spain by law, it was declared for the first time in the history of democracy with the approval of the parliament to be valid for 6 months.

Spain, which first declared a state of emergency between 14 March and 21 June due to the epidemic, was imposed a curfew, schools, bars, restaurants and shops were closed unless the public was obliged to go to work (go to work, health or shopping).