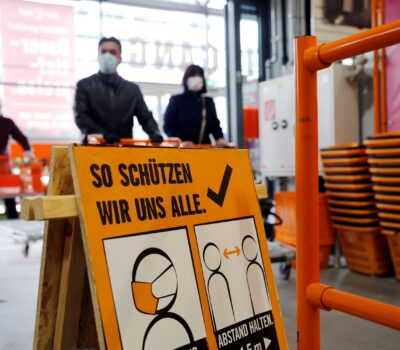 Record increases in the number of daily cases continue in the corona virus outbreak in Europe. According to the data shared by the Austrian Ministry of Interior, it was stated that 4 thousand 453 new cases were detected in the last 24 hours throughout the country, and the total number of cases reached 93 thousand 949.

The number of daily cases in the country has exceeded the limit of 4 thousand for the first time since the beginning of the epidemic. The Ministry stated that 29 people died in the last 24 hours due to the virus, and the total loss of life increased to 561 thousand.

While 63,366 people in the country have recovered by defeating the virus so far, 1,692 people, 248 of whom are in intensive care, are under treatment in hospitals.

Austrian Prime Minister Sebastian Kurz said in a statement that new and stricter measures to prevent the epidemic will be made public on Saturday, following the government’s talks with various social partners and other parliamentary parties.

Noting that the increase in the number of daily cases has doubled in the last week, Kurz stated that if the daily number of cases increases to 6 thousand, the health system will reach its limits.

Prime Minister Kurz stated that overloading the health system does not just mean that planned operations should be delayed. Stating that in extreme cases, doctors will have to decide who will be helped or not, Kurz said, “This is a situation we will not allow.”