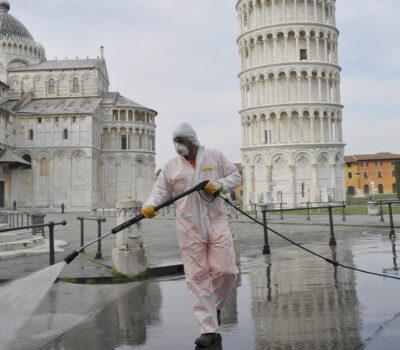 In Europe, the number of cases continues to increase rapidly in the corona virus outbreak. According to the data announced by the Italian Ministry of Health, it was stated that 26 thousand 831 new cases were detected in the last 24 hours throughout the country, while the highest number of daily cases in Italy since the beginning of the epidemic has been recorded. The total number of cases in the country increased to 616 thousand 595.

The Ministry of Health stated that in the last 24 hours, 217 people died due to the virus, and the total loss of life reached 38 thousand 122. The Ministry stated that the number of active patients increased to 299,191, and 1,651 people were under treatment in intensive care.

While Covid-19 tests were performed on 201 thousand 452 people in the last 24 hours in the country, the highest number of daily tests was reached since the beginning of the epidemic. 13 percent of the tests performed were positive. The Lombardy region was the most contaminated region with 7 thousand 339 new cases.