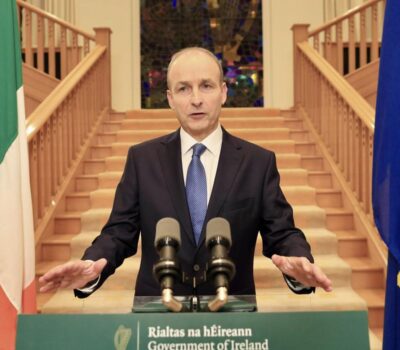 While the increase in the number of Covid-19 cases in European countries continued, the Irish government imposed the most stringent restrictions on the continent, banning non-essential retail sales, restricting restaurants and bars to take-away service, and instructing people not to go 5 kilometers from their homes.

At the beginning of the epidemic, Ireland, which implemented the longest quarantine measures among other European countries, began to cautiously lift the restrictions.

Prime Minister Micheal Martin, who has applied level 5 restrictions for 6 weeks starting from midnight Wednesday, announced that this time schools will remain open and basic services such as construction will be allowed to continue.

“The evidence for a potential disaster situation that could arise in the coming weeks is now very strong,” said Martin in a statement, adding that his government’s goal is to return to level 3 restrictions by 1 December.

However, it was stated that the hotels will remain open in the country, but the rooms will only be available to workers working in vital sectors.