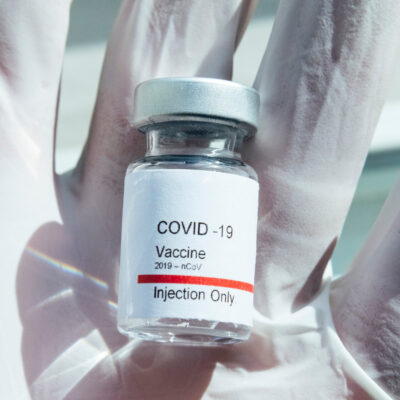 EU officials said at an internal meeting that only a fraction of the European Union population could be vaccinated against the novel coronavirus before 2022, as vaccines secured by the bloc may not be effective or produced in sufficient doses.

The block, consisting of 27 nations with a population of 450 million, has booked more than 1 billion doses of potential COVID-19 vaccine from three drug manufacturers. It is discussing the cash purchase of another billion bottles with other companies.

“There will not be sufficient doses of COVID-19 vaccines for the entire population before the end of 2021,” a European Commission official told diplomats from EU states in a closed-door meeting on Monday, a person who attended it told Reuters.

A second official confirmed the statement. An EU Commission spokesperson was not immediately available for comment.

The EU Commission had previously said that vaccines would be limited “in the early stages of distribution”, but it never clarified how long the initial phase would take.

In early October, the commission said there was still no effective COVID-19 vaccine, but the first vaccines could be made early next year.

Given the possible limited supply, the Commission has called on EU governments for months to develop vaccination plans that will prioritize vulnerable and key groups such as healthcare workers, the elderly or people with chronic diseases.

However, apart from a consensus on vaccinating doctors and nurses, “there is no common line in other groups,” the Commission official said at the internal meeting this week.

A document adopted by the Commission and EU governments in July stated that at least 40% of the EU population should be vaccinated at the first stage.

Some EU countries want to reserve doses for their entire population, with the aim of making these doses already available by mid 2021.

A third EU official said that this bold goal could be achieved with the EU concluding supply agreements with at least seven vaccine candidates.

The EU has so far secured doses of potential vaccines developed by AstraZeneca, Sanofi and Johnson & Johnson. He also said he was in talks with Moderna, Pfizer, and CureVac. -Reuters-