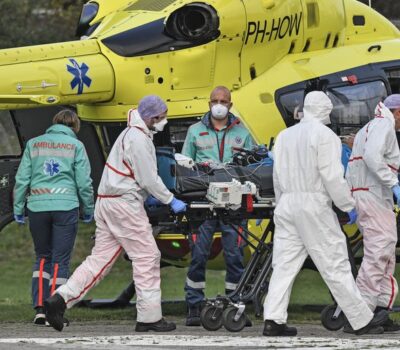 The Dutch national statistics office (CBS) said on Tuesday that deaths in the Netherlands increased at the highest rate since World War II this year due to the coronavirus outbreak.

Until last week, CBS said about 162,000 deaths were reported this year in the 17 million country, which is 13,000 more than expected in a normal year.

“Such an increase of the number of deceased has not been reported since World War Two,” it said.

CBS said that during the first wave of COVID-19 infections between early March and early May, about 9,000 people died from normal, with more than 6,000 extra deaths reported since the start of the second wave in mid-September.

Statisticians said the number of deaths in other weeks was lower than normal.

Since the beginning of the pandemic, a total of 770,400 people in the Netherlands have tested positive for COVID-19. It is known that more than 11,000 patients died from the disease.

The actual number of infections and deaths will likely be significantly higher, as the lack of testing and laboratory capacity means that only severely ill patients are tested during the first months of the pandemic. -reuters-