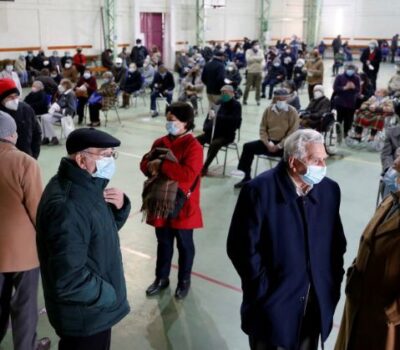 SANTIAGO, Sept 27 (Reuters) – Chilean authorities announced on Monday the end of a state of emergency in force since the start of the coronavirus pandemic, a sign of life returning to normal following a sharp decrease in cases in the South American nation.

The state of emergency, an extraordinary administrative measure approved by Congress early in 2020, had allowed the government to impose night-time curfews and forced quarantines on hard-hit districts amid the worst of the outbreak.

Chile has spearheaded one of the world’s fastest and most successful vaccination drives, with nearly three-quarters of its population fully vaccinated, according to a Reuters tally. Infections have plummeted as a result.

The government said it would also relax restrictions on movement, liberalize limits on capacity at events and public spaces and earlier this month re-opened its borders to tourists.

The announcement comes the same day as the health officials began vaccinating children between 6 and 11 years old with China’s Sinovac vaccine, which received approval for emergency in September.